"The water was not fit to drink.
To make it palatable, we had to add whisky.
By diligent effort,
I learnt to like it."
Sir Winston Churchill

Our House Range is meant to be the first introduction to the world of quality single malts, at an unbeatable price.

This selection of bottlings comes from prestigious distilleries in Scotland which prefer to remain unnamed for contractual reasons, while at the same time providing whisky of comparable quality to the rest of our lineup.

We chose, coherently with our didactic and introductive philosophy, two very contrasting styles for our staple bottlings which are released once or twice each year. 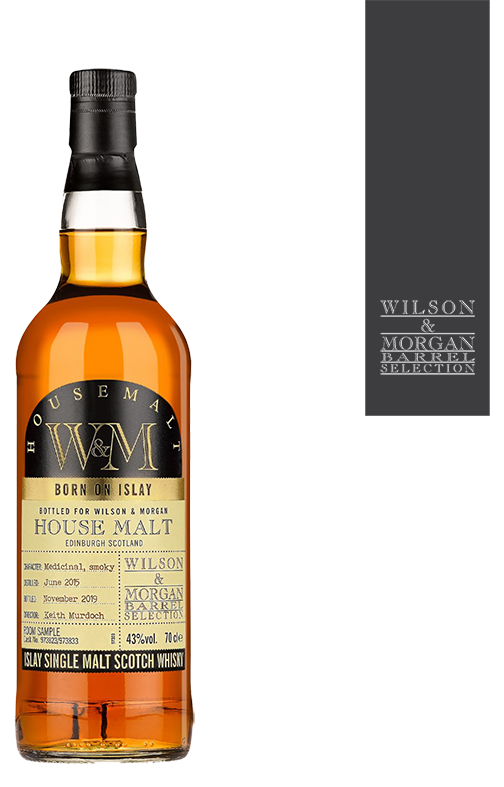 The first is a traditional whisky from Islay, Scotland's famous whisky producing island known for some of the most powerful single malts, easily identifiable because of their smoky and phenolic character. With whiskies such as these it is either love or hate at first taste, and House Malt “Born on Islay” is no exception to the rule. It is a robust, sea-weedy and intensely peaty whisky. The flavour is immense with notes of peat smoke and sea salt, all fighting for recognition, with a creamy background malty sweetness. On average, this single malt whisky is aged in oak casks for eight years at the distillery of origin. Our Rare Malt Manager then selects the whisky, cask by cask, when it has reached maturity and is ready for bottling.

The second of our House Range bottlings comes from another classic whisky-making region of Scotland: the barley fields and heather covered hills of Speyside in the Eastern Highlands, where through the centuries a style of flowery, malty, honeyed and fruity whiskies has become the standard, enhanced by maturation entirely in Spanish casks that have previously contained sherry. These casks, becoming very expensive and scarcely available in recent years, give an immense contribution to maturation of the whisky, imparting also some a slightly winey character. Sherry Cask Malt “Highland Heart” is aged in first fill sherry oak casks for a variable period of seven to nine years according to each release, and has been selected by the Distillery Manager for its perfect balance of maturity, flavour intensity and liveliness. It has all the fruity, nutty and fragrant qualities a connoisseur expects from a sherry cask malt made in the traditional way.

Once in a while, we are also proud to offer some very limited single cask bottlings of our Islay House Malt matured in sherry casks for twenty years or more: these are very special bottlings, much sought-after by connoisseurs. Rare and unique, and only released when a particularly stunning cask strikes us as unrepeatable and out of the ordinary.